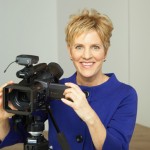 That’s why the first thing I do with a new client is put them in front a video camera and ask them to tell me their life story.

And there’s a catch. They only get two minutes. Which coincidentally is the amount of time I was given to do a report for the evening news during my twenty-year career as a journalist.

I was lucky enough to get my first job at the Canadian Broadcasting Corporation, CBC Television, in the Montreal newsroom.  Being the newest member of an already seasoned team, of course, I had to pay my dues.

One of my first news reports, if you could call it that, was about a moose that got loose in downtown Montreal. I was also assigned to follow the annual pilgrimage of two Peregrine falcons who hatched their chicks fifty stories up on a downtown skyscraper. I knew I was hopelessly destined for the animal beat when they next assigned me to the rescue of three Mallard ducks whose fluffy little fannies got stuck to a nearby river during a spring thaw.

But then one day, I got to do a big story and that was when I realized that these “less newsworthy assignments” had not entirely been a waste of time. I discovered that all that training to make something out of nothing was a great exercise in storytelling. After all, if I could make a story about a duck’s fanny sing… 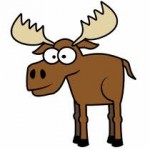 Do you think of yourself as a story?  Most people don’t. But, in fact,  your story is your most powerful marketing tool. Discovering how to tell your story is the first step to understanding that the key events and highlights of your life have symmetry and a context that fit perfectly together.

Try it. Try telling your life story in two minutes. Record it if you can and see if you notice a theme developing.

(Next Time: What did actor Billy Crystal learn about personal branding in the 1991 movie City Slickers?)