We are a society that measures people by what they do. I believe its time for us to measure each other by who we are.

After 20 years of being a journalist, a vocation that I highly respect, 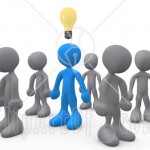 I came to the conclusion that it was time for me to change careers. This realization did not come easily but rather, it crept up on me over a period of about 6 years after my return to North America from China, and after the voice in my head that kept saying that I was supposed to do something else got louder and louder.

By the time I was almost fifty, it was screaming at me! But of course, I was worried. Was I nuts to look for something else to do? It occurred to me that I might be.

However, I had by that time become aware that my identity was entirely wrapped in my job. I worked 10 to sixteen hours a day, 2 out of 4 weekends on average. I had no real social life to speak of and I hardly ever saw my friends.

That’s when I started thinking about who I was and not what I did.

I was a journalist yes, and I liked to tell stories but what did that really mean? Then something happened to put my dilemma into perspective. CTV News, where I worked at the time, added a new feature to their

I think the idea came from veteran CTV anchorman Lloyd Robertson, now retired, yet still an enduring Canadian brand. It was Lloyd who perhaps tired of the daily staple of bad news wanted to add an inspiring and uplifting story to finish the evening newscast.

I knew from my early days as a reporter in Montreal that you don’t make your reputation doing “nice” stories, so it was no surprise that many of the news hungry CTV reporters were not clamoring to get this weekly assignment.

So I volunteered, and discovered that I was in my element.

I had no trouble finding stories about ordinary people doing extraordinary things– In fact, it was my eureka moment when I

realized that if you scratch the surface of almost anyone’s life, you will find a compelling success story!

My “success story” reports always got rave reviews and had people talking about them the next day, sometimes even more than they were about the lead story!

It was my One Thing.

Now I understood why it was time for me to get out of the news business!

Next time: Start Connecting the Dots of YOUR Personal Brand!